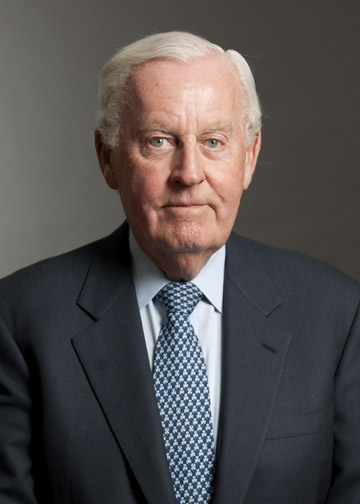 Robert J. Morrissey received his law degree from the Harvard Law School in 1963. He received a Bachelor of Arts degree with Honors from Boston College in 1960. Upon finishing law school, he joined the firm of Withington, Cross, Park & Groden and became a partner six years later at the age of 30. Thereafter, Mr. Morrissey co-founded Morrissey & Hawkins in 1990, now Morrissey, Hawkins & Lynch.

Mr. Morrissey has served as a Trustee of Boston College since 1980 and is Chairman of the Boston College Investment and Endowment Committee. Mr. Morrissey is a member of the Harvard Law School Dean’s Advisory Board, sits on the Investment Advisory Board of the Society of Jesus, Worldwide, Vatican City, and is a Member of the Finance Council of the Archdiocese of Boston and Chairman of its Investment Committee, and is Director or Trustee of several other private and public funds, trusts, mutual funds and foundations. He is the former chairman of the Board of Directors of the Belmont Savings Bank.

Mr. Morrissey is the father of five children, has sixteen grandchildren, and currently resides with his wife Alyce, in Belmont, Massachusetts, the town where he grew up and which he served as Town Counsel for over thirty years.