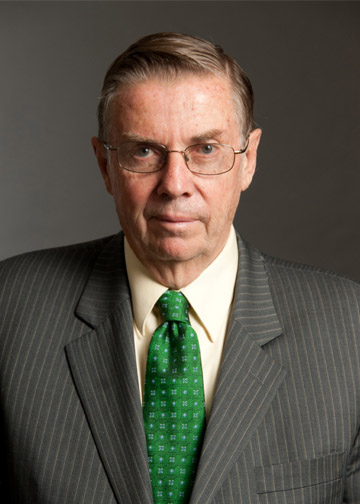 Dave received both his B.A. and J.D. from Harvard University, graduating in 1960 and 1964 respectively. He served as an Assistant Attorney General to Massachusetts from 1967 to 1969, and as a Special Assistant Attorney General from 1969 to 1972. He was a partner with the law firm of Withington, Cross, Park & Groden for 20 years. In 1990, he cofounded this firm with his law partner of many years, Robert J. Morrissey, and was the soul of our firm until his passing. He was also a long time Latin teacher at Newton North High School and Belmont Hill School (his alma mater) and of construction law at New England School of Law and Boston Architectural Center.

A lifelong sports fanatic, Dave coached Babe Ruth baseball, served as timekeeper for the Harvard hockey team and had season tickets to the Red Sox for many years. He took the lesson of good sportsmanship from the field to the courtroom, serving as an aggressive and zealous advocate for his clients while always remaining courteous and professional.

Dave began teaching at age 62, serving as an example to all that it is never too late to reinvent yourself and follow your passion. Dave was as gifted a teacher as he was a lawyer. He brought his teaching spirit into this firm, mentoring and training countless law clerks and associates over the years. He also never stopped learning and bettering himself, taking classes in Latin until shortly before his passing and reading Cicero in his office during his downtime.

Despite his many talents and accomplishments, Dave was humble to his core and unapologetically authentic. He will be remembered at our firm for his unmatched intellect, his trademark laugh and his passion for the law, teaching, sports and his family.